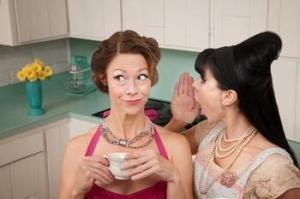 Some criminals use smoke screens when they commit crimes. Setting off a smoke bomb serves as camouflage, a diversion and a covering for illegal behavior. Smoke screens are specifically designed to obscure, confuse, and mislead. Can you think of a time when someone used a smoke screen to divert attention away from their own flaws? Hiding their wrongs behind a “wall of smoke” is their way of avoiding having to own their bad behaviors. Sometimes when they realize that the smoke screens aren’t working they’ll attack your self-worth by pointing out your faults.

Leaving you with a critical spirit that focuses on your faults and the faults of others in trying to increase your sense of self-worth. A critical spirit is evident based on a combination of classic characteristics that critical people exhibit. The following list will help you recognize and better understand those who a critical spirit or mouth. Here is a list you can use to gain some insight into your own smoke screens or others.

M- Making others feel embarrassed about their success while secretly envying them.

O- Objecting to criticism from others to avoid personal accountability.

K- Kidding some with the intent to hurt.

S- Shifting the blame to someone else when you yourself are to blame.

C- Criticizing someone’s happiness because you are unhappy.

R- Reminding others of their past failures to avoid attracting attention to your failures.

E- employing sarcastic humor as a weapon to attack.

E- Elevating yourself by putting others down.

Imagine a beam of wood embedded in your eye. It’s to large for you to dislodge without immense pain. It’s too terrifying to think of other people prying it out. The solution seems simply: Ignore it . . . deny it . . . create a smoke screen so no one will notice it. But you can’t hide the beam forever, eventually it will be revealed.

Most people who display a critical spirit seem to be strong to the average observer because of the boldness with which they spew out their critical comments. In truth, criticism is more often the weapon of the weak than of the strong. It serves both to disguise their perceived inner deficiencies and to deceive others into thinking they are self-assured and confident while making others feel like trash. . . you are not a trash can . . . don’t be fooled by someone’s smoke screen  . . . not even your own.

One thought on “Smoke Screens”

Follow You Are Not A Trash Can on WordPress.com